"Bibliotheca Polynesiana", or the "Kroepelien collection" is a very valuable collection of literature from and about the Pacific, and related areas. 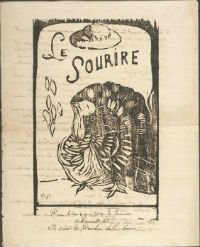 A front-page from Le Sourire

The late Bjarne Kroepelien was a great collector of books and other printed material from the Polynesia, and specifically the Tahiti. The collection consists of about 4500 numbered objects; most of these are printed material.

The most unique object in the collection is Paul Gauguin's journal "Le Sourire"
Le Sourire is a unique journal, edited and printed by Paul Gauguin in Tahiti between August 1899 and April 1900. It was printed in a limited edition of 30 numbers. The copy in the University of Oslo Library is the only surviving complete set. Because of its uniqueness and rarity we have decided to digitize it. This is the most outstanding part of the Kroepelien-collection that the University Library aquiered in 1981. It has number 1051 in du Rietz' catalogue.
A facsimile of "Le Sourire", with an introduction by L.J. Bouge, was produced in 1952 from our original copy.

The most valuable items are stored in the Rare Books Collection of the University of Oslo Library. The greatest part of the collection is deposited in the Library at the Kon-Tiki Museum in Oslo.

A collection of photos taken by Bjarne Kroepelien at Tahiti in 1918-1919 is also available online. 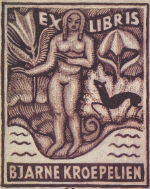 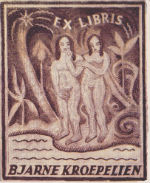