In late February 1793, a report landed on the desk of Daniel Hailes, the British diplomatic representative in Copenhagen, stating that a French privateer had been sighted off the Southern-Norwegian coastal town of Mandal. This was the start of what would become a long-lasting debate between Great Britain on the one hand, and the dual-monarchy of Denmark-Norway on the other. 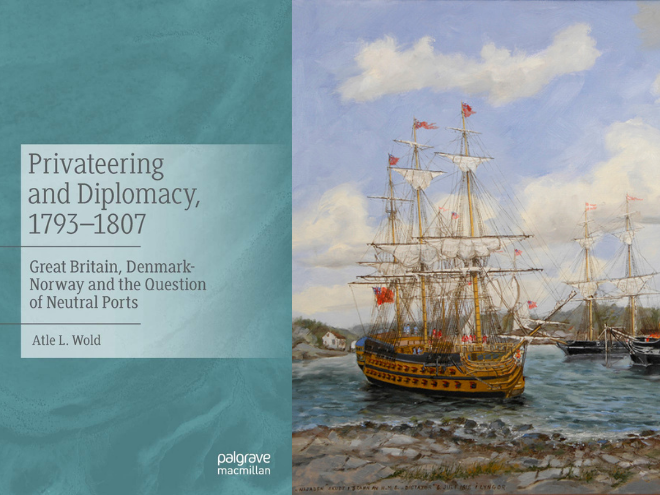 The central question at stake was the following: Was it acceptable for a neutral country such as Denmark-Norway to allow the privateers of a belligerent country into its ports and, as it turned out, permit them to use these ports as bases for their attacks on the seaways trade of another belligerent country (Britain)? The British thought not, but the question proved remarkably difficult to resolve, and the British-Danish debate soon addressed issues pertaining to the relationship between belligerents and neutrals, beyond the realm of privateering.

Welcome to the launch of Atle Libæk Wold's new book "Privateering and Diplomacy, 1793–1807. Great Britain, Denmark-Norway and the Question of Neutral Ports"!

Atle Libæk Wold is Associate Professor at the Department of Literature, Area Studies and European Languages, University of Oslo.

Due to covid 19 restrictions there will be a limited amount of seats available, and all attendees must register at the entrance.

The event will be live streamed on our YouTube channel.