Norwegian version of this page

The 2015 Global Gender Gap Report ranked Japan 101th out of 145 countries in the world in terms of equality for women. Although the ranking is three spaces further up than in 2014, it remains a damning indictment of sexual discrimination in the world’s third largest economy.

The global film industry is still a male-dominated industry, and it has been particularly difficult for women behind the camera. Although women have been directing movies since the 19th century, it was not until 2010 that Kathryn Bigelow became the first woman to win the best director Oscar.

Two of the directors in this exhibition lived, worked and influenced in the years before and after WWII. However, it is only over the last decade or so that female directors from Japan have been making their mark, even outside of Japan. Slow though it may be, change is happening in Japan’s gendered society.

By Vibeke Oseth Gustavsen, student assistant at the UiO Humanities and Social Sciences Library and intern from the Library Science studies at Oslo and Akershus University College 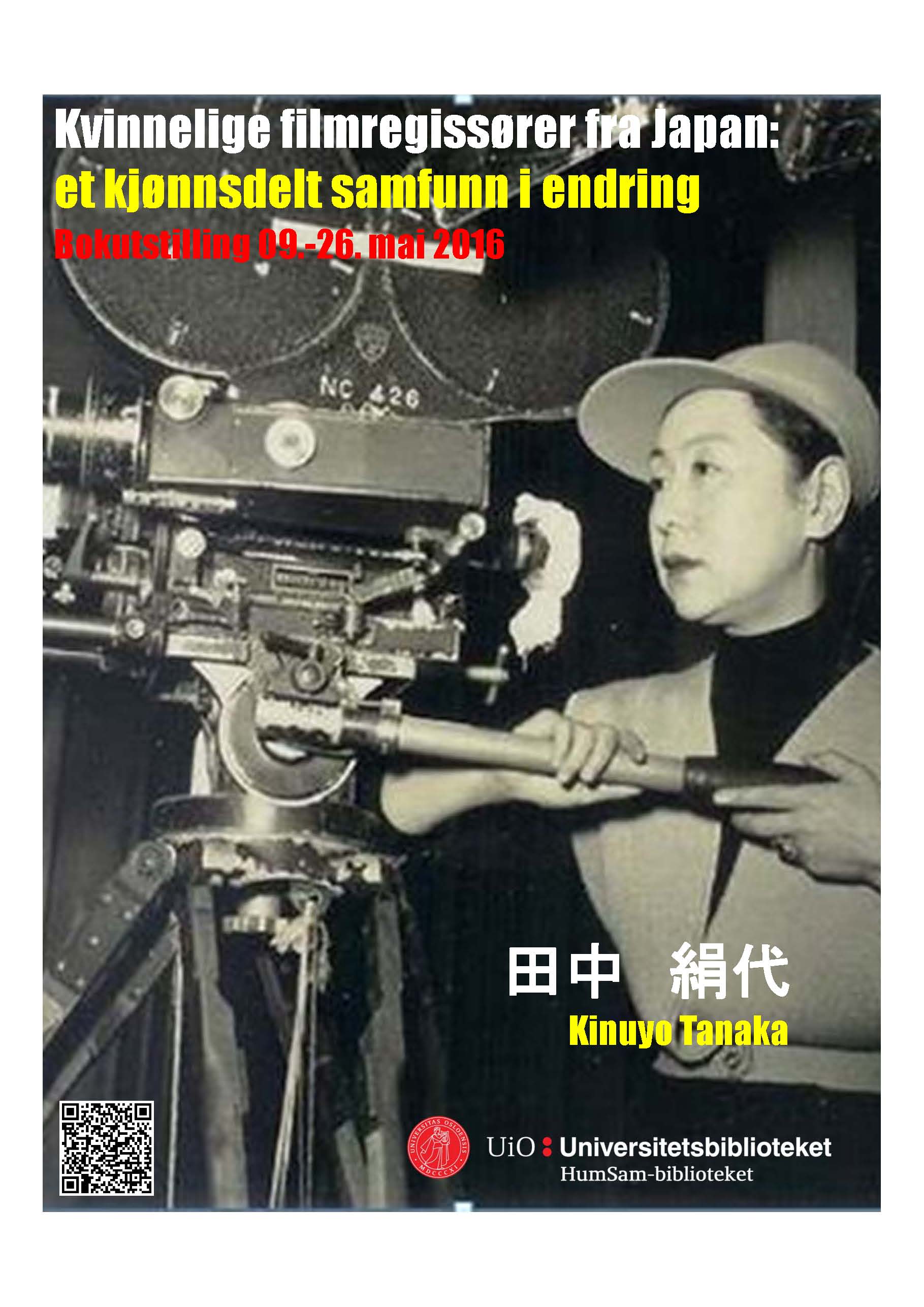