Technology, time, and motion: A conversation with novelist Tom McCarthy

Welcome to an exciting conversation with the award-winning author and artist Tom McCarthy, hosted by Screen Cultures at the Department of Media and Communication and the University Library. 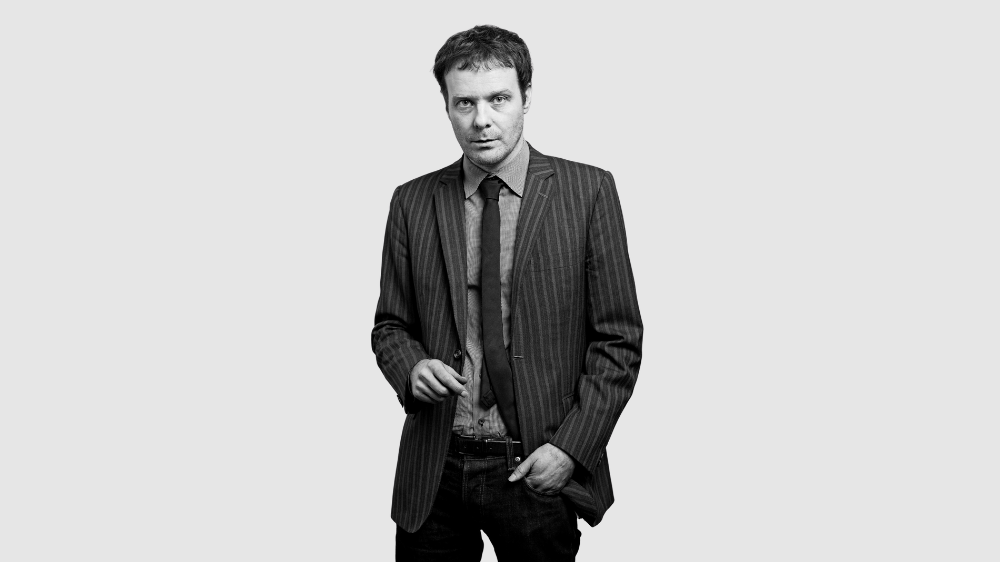 McCarthy's debut novel, Remainder (2005) became an instant cult classic and was described by Zadie Smith in the New York Review of Books as "one of the great English novels of the last ten years". Since then, McCarthy has published four other novels, with his latest The Making of Incarnation, published in 2021. McCarthy is also author of several art projects, and has now been invited by Kunstnernes Hus to guest-curate an exhibition unpacking the themes of his novels. The result, Holding Pattern, opens November 25th.

The event is inspired by BBC’s long-standing radio show Desert Island Discs. Here, guests are asked the question, if you were to be cast away alone on a desert island, which eight gramophone records would you choose to have with you? We have asked McCarthy to provide four ‘discs’, or any visuals, excerpts from his writing, artistic work or other examples that means something to him.

In conversation with scholars affiliated with the research and education initiative Screen Cultures at Faculty of Humanities, Tom McCarthy will take you through some of the central strands in his work. These include questions about being-in-media, the relationship between poetry, death and technology, time and motion, delay, as well as the current exhibition that he is co-curating.

The event is open to all, welcome!

Scene HumSam is located in the Humanities and Social Sciences Library in Georg Sverdrups hus at Blindern campus.