On the second floor of the Niels Henrik Abels hus of UiO's Science Library, there is a space dedicated to science fiction. Initiated by numerous donations, the Science Fiction collection available there has grown to what is possibly the largest public collection of Science Fiction books in Norway.

However, both the library space and collection are not known to everyone yet. Thus, Anniken, Betsy, Tina, and Valgerdur, students of the Interaksjonsdesign course (INF2260) started a project to increase engagement with the collection. For this project, the students had the opportunity to display their project on a touch table, which will be placed in the Science Library. This touch table contains a large multi-touch screen, horizontally placed as a table, thus providing countless opportunities for novel ways of interaction with digital content. 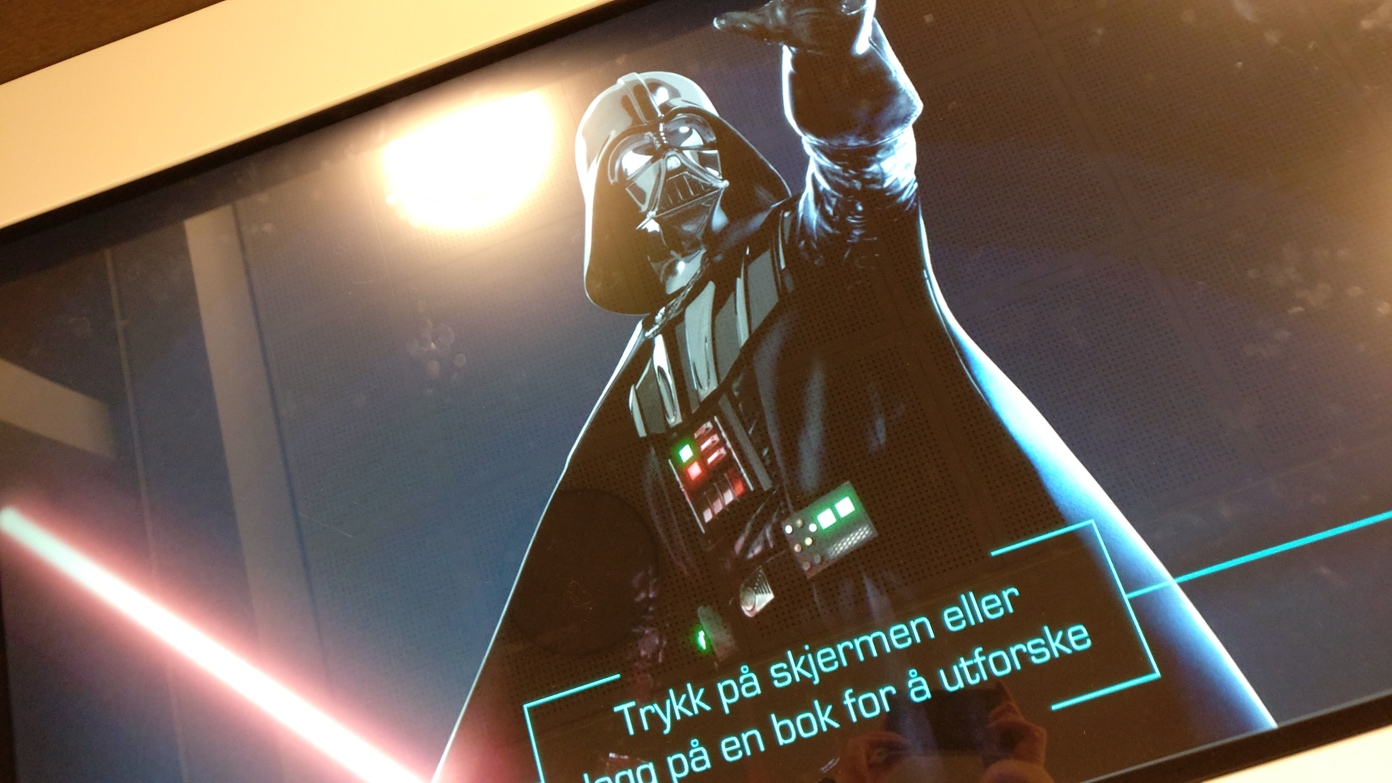 After carrying out small studies in the library, as well as feedback rounds during the course, the students created an application to browse parts of the contents of the Science Fiction collection. In this prototype, a glowing image of Star Wars' character Darth Vader calls the attention of unsuspecting passers-by, challenging them to touch the screen. Upon touching the screen, users can explore a selection of books available in the library, videos and games, but also information about Star Wars characters and in which media they appeared. Additionally, interested people can also explore social media channels and events about Star Wars. A second theme of the touch table application, offering similar exploration possibilities, is Doctor Who, a long-running BBC series about time travelers.

Evaluation in a library setting 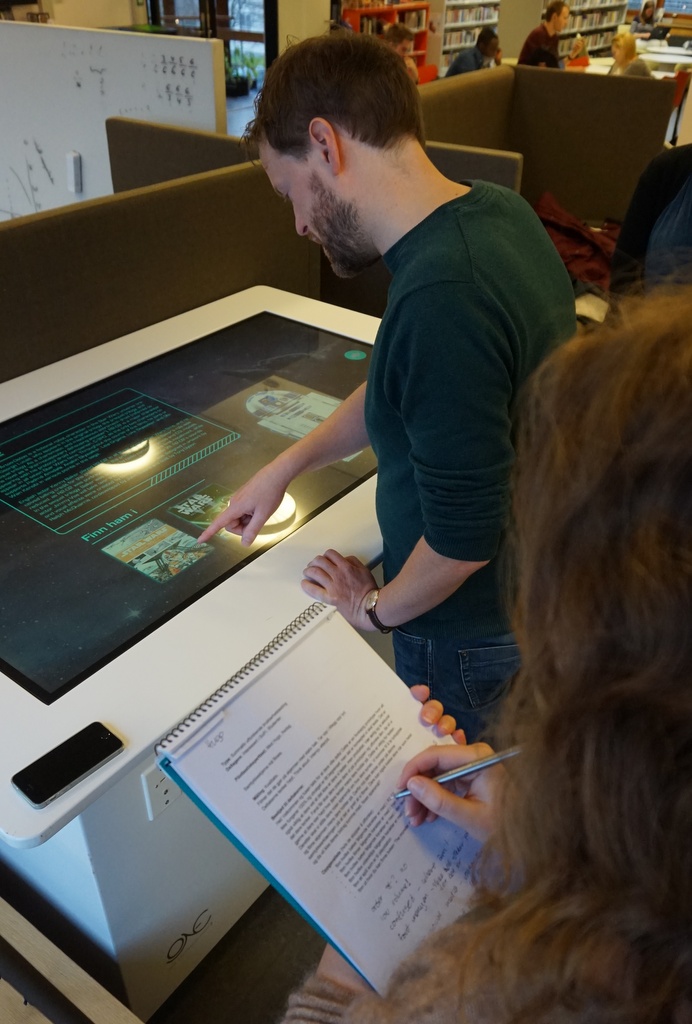 The feedback by the test users of the prototype was mainly positive and enthusiastic.

Many passers-by also were curious about the touch table, asking if it would be installed in the library. While the feedback was largely positive, also some usability issues came up. Furthermore, the target audience turned out to be a point of attention. For experts on Science Fiction, the content of the application should be novel and "deep" enough. Novices on Science Fiction, on the other hand, also need a basic introduction to the theme at hand. When designing future applications for the touch table in various library settings, these kinds of learned lessons are valuable.

In the coming weeks, the students will analyze their evaluation of the touch table application, and the students will document and present their final work in the Interaksjonsdesign course (you can also follow their progress on their blog). Check back our website for further articles based on their final reports.

Read more about this application and its reception in the following post: "Royal approval" of a SciFi Touch Table Application