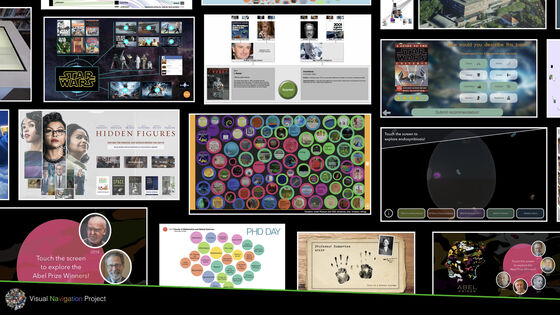 How can we bridge the gap between the visual experience of physical and digital libraries? On the 15th of June 2018, members of the Visual Navigation Project presented the outcomes of the project during a breakfast meeting. 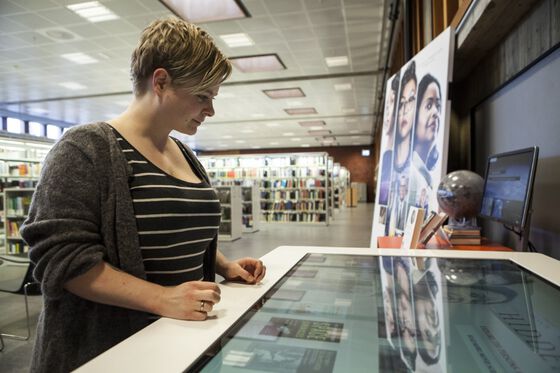 Members of the Visual Navigation Project have contributed to the development of 10 touch screen applications and the extension of the emnesøk subject search tool. This page summarizes these applications.

This pages summarize guides and tutorials created during the project, for instance on visualization and touch screen setup

During the Visual Navigation Project, a number of supportive tools were created, and a number of datasets were gathered. These are available on this page. 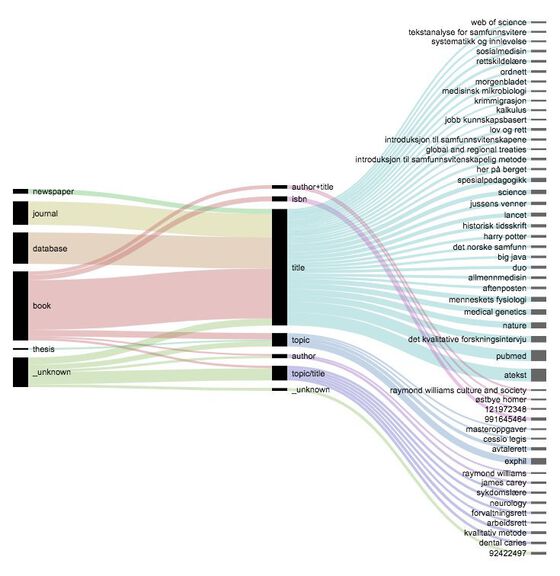 This page summarizes the papers and reports written during the Visual Navigation Project. 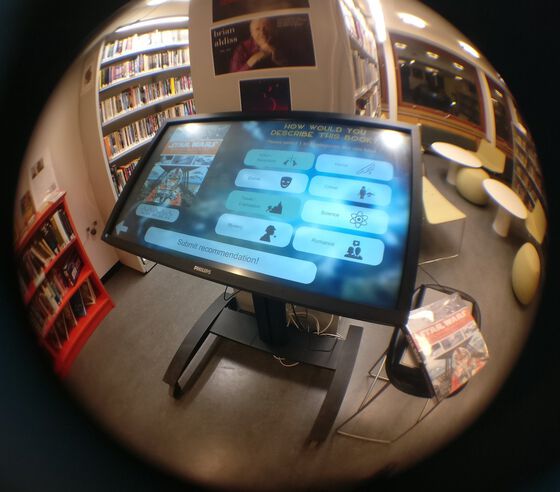 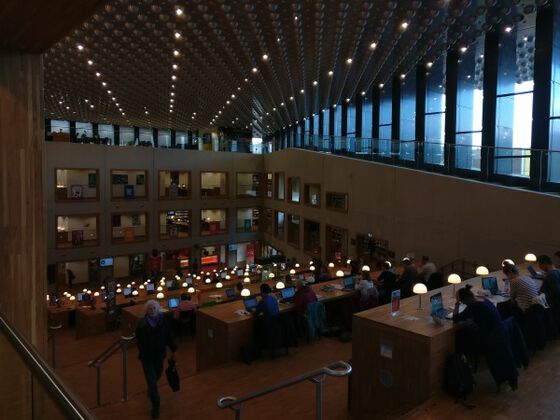 Digital Humanities Clinics, winner of this year's LIBER Innovation Award, is a free Dutch training program for library staff. We attended one of the five workshop days of the program. This fascinating day focused on audiovisual library materials, and introduced GIS, audiovisual platforms, as well as Computer Vision.

In November 2017, we attended a conference built around the intriguing term BIG VIDEO. For the Visual Navigation Project, this conference provided rich inspiration for integrating contextual video materials in collection-exploration tools. 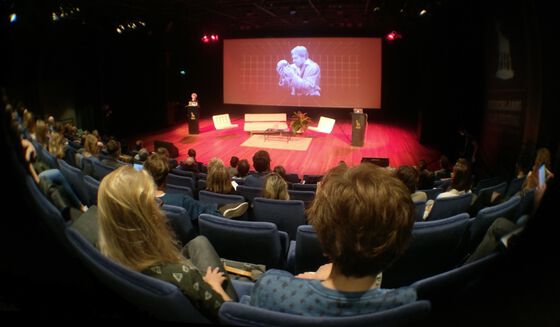 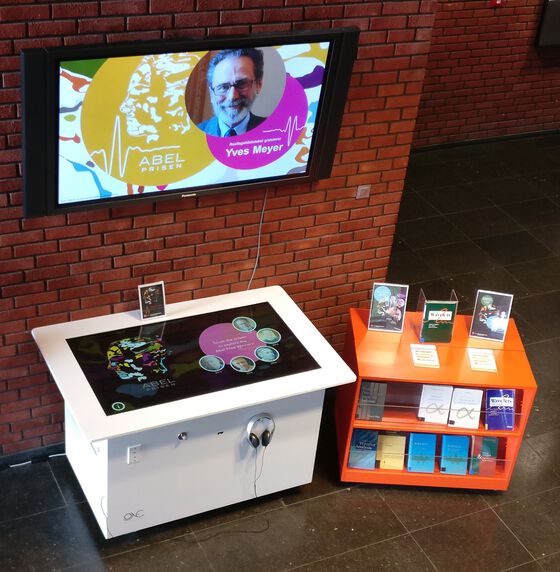